A review of four favourite novels 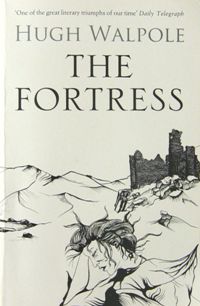 A novel in the Herries Chronicles series of four, a sequel to 'Rogue Herries' and 'Judith Paris'. More than eight hundred pages long and rather long winded towards the end, but nevertheless a good read and quite a page turner if you appreciate good English. The story like the rest of the series is set in Borrowdale in the Lake District, it features the main character Judith Paris introduced in the previous novel but now a middle aged lady, and spans the latter half of the nineteenth century. Other characters including the foolish, the snobbish, the noble and virtuous, and the downright evil are all brought to life in the superb narrative characteristic of this author. The story conveying a good insight into the spirit of middle class life in Victorian times and relating the continuing fortunes of a somewhat disfunctional Herries family with all its weaknesses, eccentricities, intrigues and a feud with rather tragic and bizarre consequences.

A thrilling adventure novel set in the town of Dover during the years 1789 - 1809 against the background of the French revolution and the ensuing Napoleonic wars. With the ever present threat of invasion from across the Channel, the story centres around the lives of the Fagg and Rochefort families, shipowners and bankers respectively, former boyhood friends but now increasingly at odds over their differing interests and conflicting visions for future development in the town. The increasing animosity between the two families contrasts sharply with a developing romance between a son and daughter and the sense of common purpose amongst the population to defend the nation against a despotic enemy. The plot is further complicated with many twists and turns, mysterious comings and goings and strange foreigners in town arousing suspicion of treachery, espionage and spying, and the inevitable tragedy maintaining the suspense right up to the final chapter. A terrific story with an authentic feel for historical and nautical accuracy and a complete joy for those who appreciate the English language at its best.

As the title implies a novel about the Lancashire cotton industry. Set in the second half of the nineteenth century the story moves between the southern states of America, Liverpool and a fictitious Lancashire cotton town and relates the fortunes of Kit Ormerod and his family, their business associates and wider public. Originally more than a thousand pages long this novel was abridged by the author in 1962 to mark the centenery of the American Civil War and the struggle to abolish slavery with its tragic consequences for the Lancashire cotton industry. The story highlights the dependence of the cotton industry at the time on supplies from the southern states of America and describes the abject poverty and suffering of the workers when supplies were cut off and mills were closed during the consequent the cotton famine. Refusing to compromise on principle the narrative relates the desperate struggle to identify alternative sources of cotton suitable for weaving on Lancashire's looms, rather than giving in to expediency and withdrawing support for the abolitionist cause a major factor in the conflict. Readers familiar with the city of Liverpool will recognise the references to actual buildings, street names and other locations in this work by a master story teller, he manages to capture the true spirit of the victorian era with this truly believable snapshot of a north country industry during a particularly painful period in its history. It is interesting to note that at this time the Confederate cause had quite a large presence in Liverpool and were sourcing materials for the conflict locally, notably the warship Alabama built at Cammell Laird's shipyard under the name 'Enrica', causing political embarrassment for the government when it sailed under a clandestine plan for the Azores to take on armaments.

This book is set in Maulen a small town in the Masurian Lake District near Königsberg East Prussia during the years 1932 - 1945. It relates one man's struggle to live his own life, to retain some sense of moral values and integrity, refusing to run with the herd and hunt with the pack as the nazi ideology establishes itself within his local community with a fanaticism which will eventually take them to war and utter degredation. Alfons Materna is a modestly prosperous local farmer whose determination to survive without compromising his principles costs him dearly as, with his assistant and only friend Jacob Jablonski, the only man he can trust, he heroically attempts to hold the line as an "outsider" against suspicion and intimidation from increasingly hard line and thuggish, so called patriotic dignitaries. With well drawn characters and wonderful descriptive narrative this novel is an exceedingly good read, it creates a realistic impression of the atmosphere which must have prevailed in many towns across Germany in the thirties and shows the author to be an imaginative storyteller in the finest tradition. NOTE: Hans Hellmut Kirst 1914 - 1989 was born in Ostróda East Prussia now part of Poland as is the Masurian Lake District. Königsberg a seaport on the Baltic has been renamed Kaliningrad and is now the main city of an exclave of Russia surrounded by Lithuania to the north and east and Poland to the south.

Links to other Reading Material

..... Is a Lancastrian hobby website of curiosities and nonsense, containing articles of local interest, local walking and cycling routes, words and poetry and some short stories of an eccentric and whimsical nature. These articles are accessible via the menu at the head of the page.