.......... of a local man born in Manchester with connections to Lowton, amateur poet and inventor. 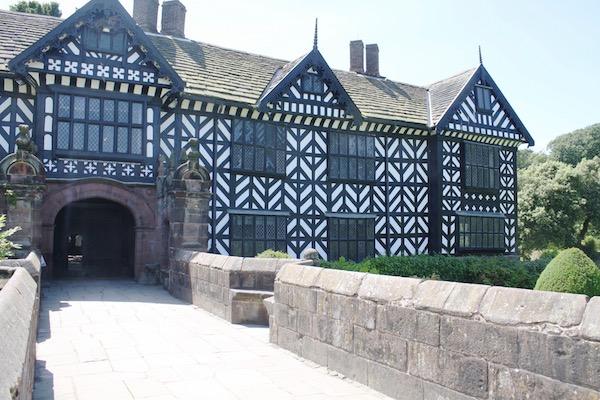 John Byrom was a famous son of Byrom Hall, Slag Lane, Lowton, Leigh, a talented inventor and amateur poet, writer of the Christmas carol “Christians Awake”. He wrote the words of the carol as a Christmas present for his daughter in 1745, it was set to music by John Wainwright of Stockport (1723 - 1768) and performed for the first time in Stockport parish church in 1750 to the tune “Yorkshire”. Byrom was born in what is now ‘The Old Wellington Inn’ in Manchester, in 1692, where there is a plaque commemorating his birth. He was descended from a wealthy Lancashire family, with business interests in textiles, who owned Byrom Manor, Lowton near Leigh and other properties in Salford (Kersal Cell), Bolton and Ardwick Manchester, his parents came to Manchester from Lowton.

The family’s wealth enabled him to access education at some of England’s finest institutions, including The King's School, Chester, and Merchant Taylors' School in London. He later studied at Trinity College, Cambridge, achieving a fellowship there in 1714 and an MA in 1716 before leaving to study medicine in Montpellier. After settling in London on his return from France he abandoned medicine in favour of earning a living teaching a system of shorthand he had developed which was becoming widely adopted. Elected a member of the Royal Society in 1724 whilst Sir Isaac Newton was its president, he died on September 28th 1763 and is buried in Manchester Cathedral.

Byrom's poems were written for his own amusement and never intended for publication, but they were published posthumously in two volumes in 1773 and revised later in 1814. He lived at his ancestral home, Byrom Hall in Slag Lane, Lowton from time to time but seems to have largely resided in a town house in Manchester and at Kersal Cell in Salford. Byrom Manor in Lowton dates back to the thirteenth century, the house at one time featuring a moat, crossing rights of the River Mersey and two priest holes. The current Grade II listed Hall was constructed during the 1700s. Byrom had several children, but he wrote ‘Christians Awake’ for Dorothy his favourite, the original manuscript is appended with the heading “Christmas Day for Dolly”. He is also credited with having coined the phrase “Tweedledum and Tweedledee later used by Lewis Carroll in Alice in Wonderland. His books and manuscripts were donated to Chetham's Library in 1870 by a descendant Eleanora Atherton.

Other Reading ~ available via menu at head of the page

Wallgate Chronicles: Hugo Boss comes to Wigan; In the footsteps of the Manchester Rambler; Fun with Trigonometry; Surprise at the Philharmonic; Cat Bells; A Walk in the Hills; Eay Times Uv Changed; Fidelio; The Ravioli Room; Desert Island Discs; Travels in Time; The Spectroscope; The Bohemian Girl; Bookcase; Barnaby Rudge; Romance on a Budget; The Battle of Solferino; The Getaway Car; The Switchroom Wigan; The Force of Destiny; Adolphe Adam; The Fair Maid of Perth; Ivanhoe; Semele; Lohengrin. 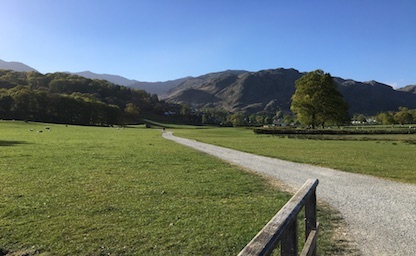