Coniston from the Cumbria Way

I strode the paths that William Wordsworth trod
When he beheld the dancing daffodils.
I saw the wondrous scenes, a gift from God,
Of silvered lake beset by splendent hills.

The many brooklets rushed their chattering way
In haste to quench the great lake's endless thirst.
While overhead the clouds of darkening grey
Gave promise that they'd soon be reimbursed.

No errant breeze disturbed the peaceful mere
As, glacial smooth, it mirrored distant mound
And gave back a reflection crystal clear
Of autumn's rustic beauty most profound.

Unlike the bard I wandered not alone,
No golden blooms bedecked the water's shore
For with me were my kin, my very own
And spring had gone and summer was no more.

'Twas autumn, of the year and of my span,
For on that day, now in proud memory's store
There was a Joyful gathering of my clan
To mark my birthday four score years before.

Now as I sit my pleased mind is filled
With thoughts of that sweet day in Cumberland
I see again the glorious sights that thrilled
As only those who've seen can understand.

But more, I see those that I hold most dear
Whose love I own, more precious than the gold
In all the world, to have them all so near
Was better than to have a wealth untold.

God gave the world great pleasure in the host
Of sights and sounds and senses in his plan.
But of his gifts, the one I treasure most.
He chose to let me be a family man.

George Anderton
On the occasion of his eightieth birthday

The Langdales from Moss Eccles Tarn 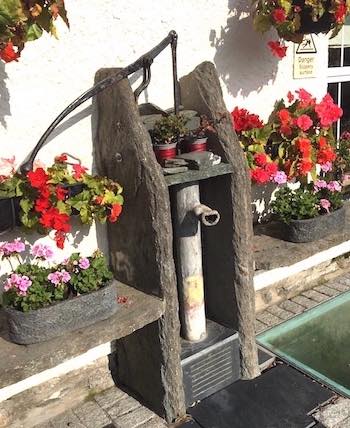 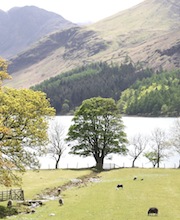 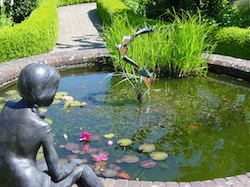 Links to other Poems