THE PLAQUE NEARBY READS: This Yew tree was planted in 1921 by Richard and Elizabeth Turton of Pretoria Road, Ashton in Makerfield in memory of their son 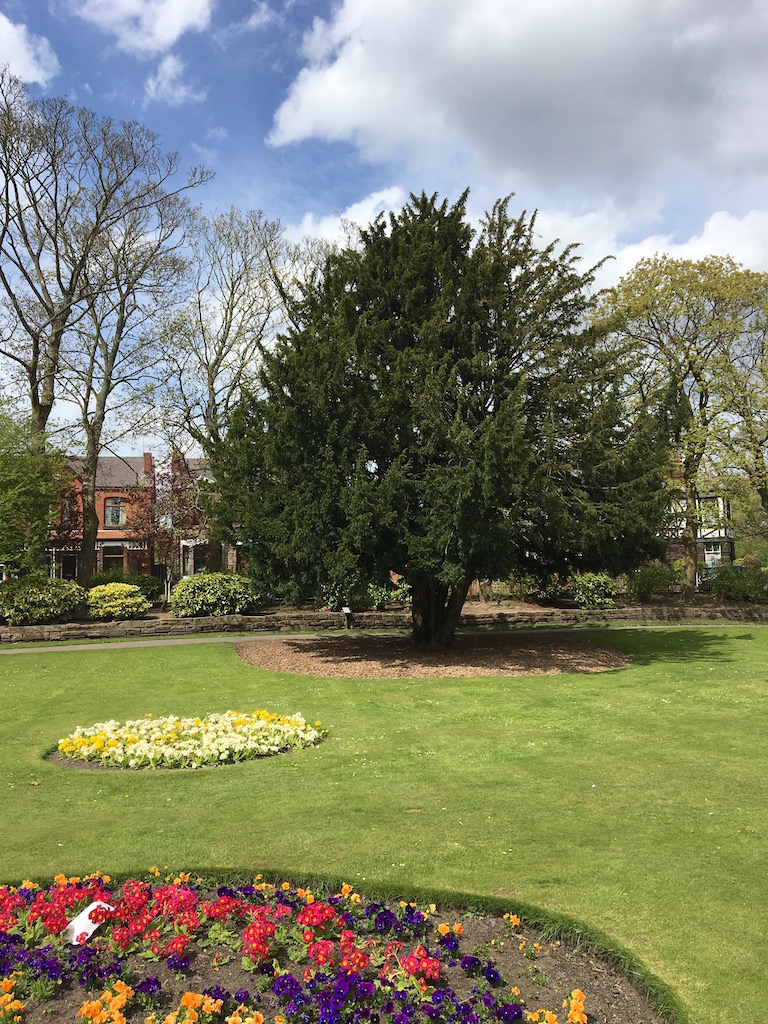 who died of his wounds aged 21, on 20th April 1918, whilst serving with the Lancashire Fusiliers.

A Yew tree sapling was taken from the cemetery by the cemetery authorities and given to his parents when they visited the grave in 1921.

On their return it was agreed with the Ashton in Makerfield Urban District Council, Parks Department that the sapling would be planted in Jubilee Park in such a position that it could be viewed from their Pretoria Road residence.

The tree thrived and now stands as a living memorial to all the men from the Ashton area who served in the Great War - never to return, and to the many grieving families who lost loved ones. 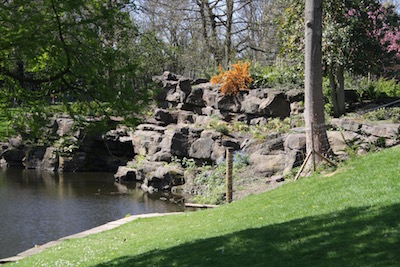